Everything Bad is Good for You

The book, Everything Bad is Good for You, should be on every teacher's reading list. Johnson raises themes that I saw mirrored in the film Sight

Using examples from the arenas of video games, TV, film and the web, Everything Bad makes a strong case for the mental complexity of popular culture today as opposed to 20-25 years ago.

For example, Johnson talks about video gaming’s “dirty little secret”- that a lot of time spent playing games is not fun at all. He points out that many gamers will spend hours trying to solve a puzzle in a particular section in order to advance to the next level. Johnson argues that far from turning his or her mind off, this person is doing a lot of thinking.

He states on page 182, “Think about it this way: if our brain really desired to atrophy in front of mindless entertainment, then the story of the last thirty years of video games... would be a story of games that grew increasingly simple over time.” Johnson demonstrates that the exact opposite is the case; games have become much more complex. Just compare yesterday’s Pac Man to today’s Halo.

Throughout the book, Johnson identifies different types of intelligence that video games provide and stresses that in the areas of problem solving skill, gamers score very strongly. Even though he has a good argument (in many ways I think he’s swinging the pendulum far to the opposite side), I think he misses one very important “intelligence” that does usually suffer through popular culture.

Earlier this week I was having lunch with a youth pastor and was telling him about Johnson’s book. He was quick to tell me about a 16 year old young man from his church’s youth group who, it seems, has lost his zeal for life, spending all his time playing video games. We talked together about Daniel Goleman and the “other” intelligence that he made famous, the idea of Emotional Intelligence. In this boy’s life, this appears to be stunted by playing these games.

I don’t believe that in Everything Bad Johnson is 100% correct. However, I do believe a book like this is important for all of us in education to be aware of and to wrestle with the issues it presents. 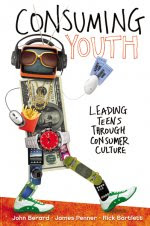